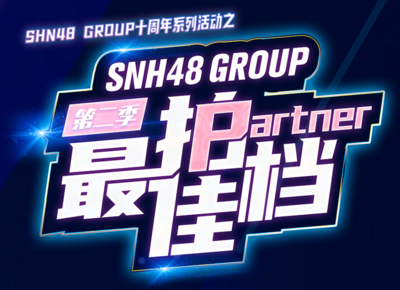 最佳拍档 (Best Partners) is a large scale competition for SNH48 Group, where all existing members will pair up with one another to show fans the chemistry they have while doing a performance and fans will vote for the pair they loved/liked with the TOP 3 finishers receiving special prizes.

1. All members of "Best Partners" Season 2 who participate in a specific stage will have their scores recorded for "Best Partners" by default and will not be counted as MVP scores for that stage, all other members will remain to be scored as MVP scores by default. The sum of the scores of the two members is the total score of the group.
2. You can score points for members through the Star Dream Value redeemed from the 10th Anniversary Album "Star Dream Card" and the official app livestream gifts. (1 "Star Dream Card" can be exchanged for 400 "Star Dream Points".)

Teams that advanced to Stage 2 are highlighted in bold.
Community content is available under CC-BY-SA unless otherwise noted.
Advertisement