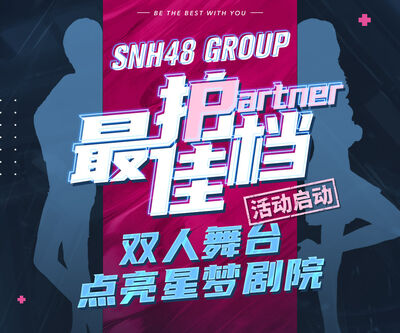 最佳拍档 (Best Partners) is a large scale competition for SNH48 Group, where all existing members will pair up with one another to show fans the chemistry they have while doing a performance and fans will vote for the pair they loved/liked with the TOP 3 finishers receiving special prizes.

The pairs' final score will be the two components added together.

Community content is available under CC-BY-SA unless otherwise noted.
Advertisement